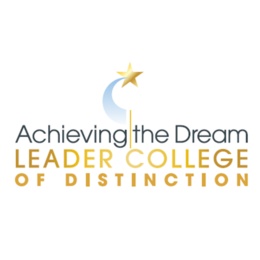 “In 2020, community colleges had to reimagine what student success looks like during a time of upheaval, uncertainty, and unprecedented distance learning. The ATD institutions joining our Leader Colleges of Distinction this year have not only risen to the challenge of supporting students during a pandemic but have demonstrated a sustained commitment to improving student outcomes for many years prior. We are proud to acknowledge the work and care involved in driving these outcomes,” said Dr. Karen A. Stout, president and CEO of Achieving the Dream.

“Earning Leader College of Distinction status is a tremendous honor for Sinclair Community College and reflects the enormous efforts of faculty and staff to continually implement evidence-based programs and policies that build pathways to success for our students,” said Dr. Steve Johnson, President & CEO – Sinclair Community College.  “The global COVID-19 pandemic presented enormous challenges for higher education, but Sinclair never wavered in its commitment to finding the need and endeavoring to meet it by providing students with the vital resources, services, and skills needed to achieve their dreams.”

• Sinclair Community College had substantive increases in the proportion of students who successfully complete Gateway Math and both Gateway English and Math within one year of enrolling at the college as well as the ratio of successful credit completion and completion of a credential within four years of entering the college. Sinclair Community College has narrowed their existing equity gaps for low-income students receiving Pell grants and between Black and White students. In addition to increasing four-year completion by seven percentage points, the college narrowed their existing equity gaps for students who receive Pell grants and for Black students on this measure.

• NWTC had substantive increases in student persistence, credit completion, and the proportion of students who successfully transfer and earn a baccalaureate degree. NWTC also narrowed their equity gaps for students receiving Pell grants, part-time students, and student parents. Not only did the college increase their overall proportion of students who transfer and earn a baccalaureate degree by seven percentage points, from 27 percent to 34 percent, but they also halved an existing equity gap on this measure between students who received Pell grants and those who did not.

• Odessa College had substantive increases in the proportion of students who successfully complete Gateway English and Gateway English and Math within one year of enrolling at the college as well as the proportion of students completing a credential within four years and those who transfer and earn a baccalaureate degree within six years of enrolling at the college. Odessa College narrowed their equity gaps for low-income students receiving Pell grants, between women and men, and between Black and White students. In 2018, Odessa College received ATD’s Leah Meyer Austin Award.