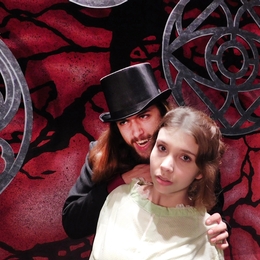 This version, written by Steven Dietz, is directed by Kimberly Borst who wanted to create a production that stayed true to the novel.  “The legend of Dracula has been so diluted and mocked throughout the last one hundred years, that there is very little fear left in the original story.  My goal was to evoke the same fear and horror that readers felt when the book was first published in 1897,” says Borst.

A “blood and special effects” artist, Kaoime E. Malloy, has been added to the technical staff as well as a fight choreographer Gary Minyard and flying director William G.L. Courson (Sinclair alumnus).