Edward Durell Stone of New York and Sullivan, Lecklider and Jay of Dayton were the architects for the new campus in 1967. Almost all of the new Sinclair campus opened its doors to students in September 1972, except building 2 which was completed in the fall of 1973.

QUICK TRIVIA: Did you know that there are 21,825 individual pieces of wood that make up the beautiful ceiling in Blair Hall Theatre.

The first live theatre production was presented on February 20–22, 1974 and consisted of three original one-act plays by Warren Giarraputo: The Door, Nice Pizza and Parade. 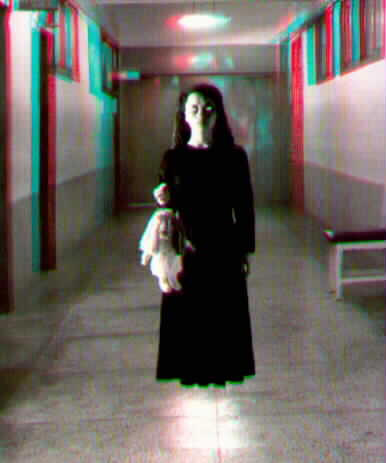 Some claim that Blair Hall Theatre is haunted.

Apparently Sinclair was built on the site of the old Dayton hanging field where thieves and cattle rustlers were hung. A former employee stated, "In Blair Hall, you'd feel people tugging on you. They'd come right up to you and yank on your coat." Others claim they have heard people talking, laughing, music and little babies crying. Some have even heard cats meowing in the walls. People believed at first that the noises and slamming doors were caused by the air ventilation system, but when the location was checked, they'd find the system wasn't operating.

Some people also claim to have had a passing glimpse of a spirit couple dancing back and forth on stage. During one theatrical performance where dry ice was used to fill the stage with fog, a performer saw a spot onstage that the fog did not cover and as he walked past it he was greeted with a cold chill. The performer believed it was a spirit standing in that location.

Maybe some of the ghosts are just hanging around.